The LNG industry is growing and changing around the world, with the market for LNG expected to double by 2030, driven by new LNG supplies emerging in the Asia-Pacific, North American and potentially East African regions of the world. MJMEnergy has been able to offer a number of services to clients in this area including the following:
The following are some examples of our work undertaken in this area;

In Myanmar, only 65-70% of the population have access to electricity, with consumption per capita around 160 kWh per annum, which is one of the lowest in the world. While Myanmar is seeking to meet this growing demand for electricity by developing gas-fired power generation, its plans have been hindered by constraints in indigenous gas production, resulting in a supply/demand deficit. To help Myanmar manage this supply / demand deficit, the World Bank contracted with MJMEnergy Limited (an international consulting firm) to assist the Government of Myanmar in developing a gas sector development plan. This work included the MJMEnergy Project Team being required to explore a number of potential LNG import options to meet the growing demand for gas in Myanmar. Therefore, MJMEnergy developed a bespoke Project Team, led by Mike Madden, consisting of international technical and commercial LNG experts, pipeline engineers, metocean analysts and economists to provide a detailed technical and commercial analysis of five LNG import locations, together with an analysis of the technical and commercial options for LNG imports.

MJMEnergy provided detailed siting analysis for five the potential locations for LNG import facilities in Myanmar via an FSRU, covering the following; 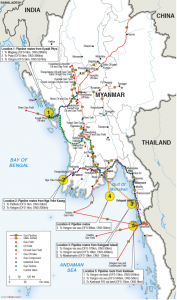 Commercial studies – This included; A review of previous studies, including the supply/demand match; and an analysis of different commercial LNG supply options from long-term LNG contracts, through to spot purchases and swap gas options.

LNG to Power in Vietnam

The GoV (Government of Vietnam), has a growing commitment to phasing out the use of coal and replacing it with gas and renewables in its next Master Plan for Power Development (PDP). The Ministry of Industry and Trade (MOIT), who has policy responsibility for the introduction of LNG into Vietnam, has undertaken a number of studies on the technical, commercial and regulatory issues involved in the development of LNG-to-power projects. In addition, with renewable energy also expanding, new LNG power plants will also need to make a contribution to system stability.

In the light of the above MJMEnergy were requested by the World Bank to provide technical and commercial support to a local client in Vietnam who wished to develop an LNG-to-Power project, with the focus of the support on the LNG chain. Therefore over a period of a year the MJMEnergy Project Team provided technical and commercial support to the client in the following areas.

As highlighted above this included exploring a number of different technical configurations of FSRU’s (as shown below), FSUs and land-based LNG terminals. 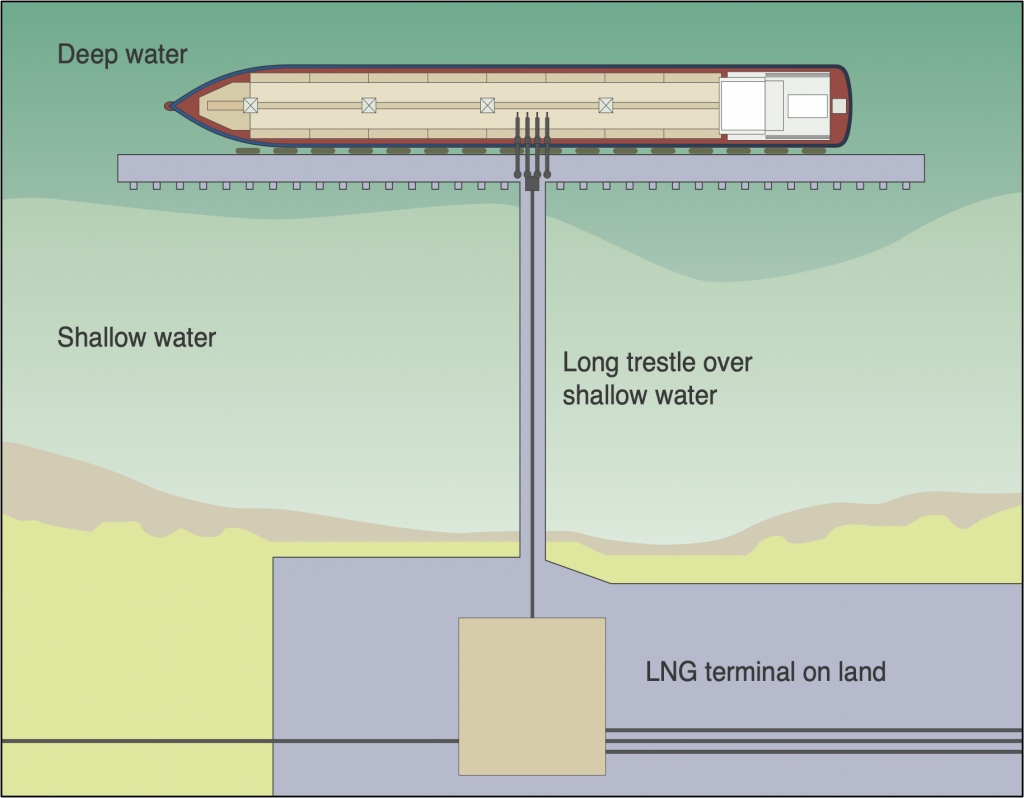 In order to undertake the above technical and commercial studies  MJMEnergy assembled an internal team that combined the experience and knowledge of international technical, commercial and regulatory specialists. At the time of writing this review (July 2021), the analysis was on-going.

The energy sector within South Africa faces a number of challenges as follows:
In the light of the above, IFC, in collaboration with its Client in South Africa asked MJMEnergy to firstly provide technical and commercial support regarding the viability of an FSRU LNG import terminal on South Africa’s East coast, and secondly to assist in the development of SSLNG infrastructure to deliver gas to potential customers off the network.
The purpose of this brief review is to focus on the FSRU.

Brief overview of the FSRU aspect of the project 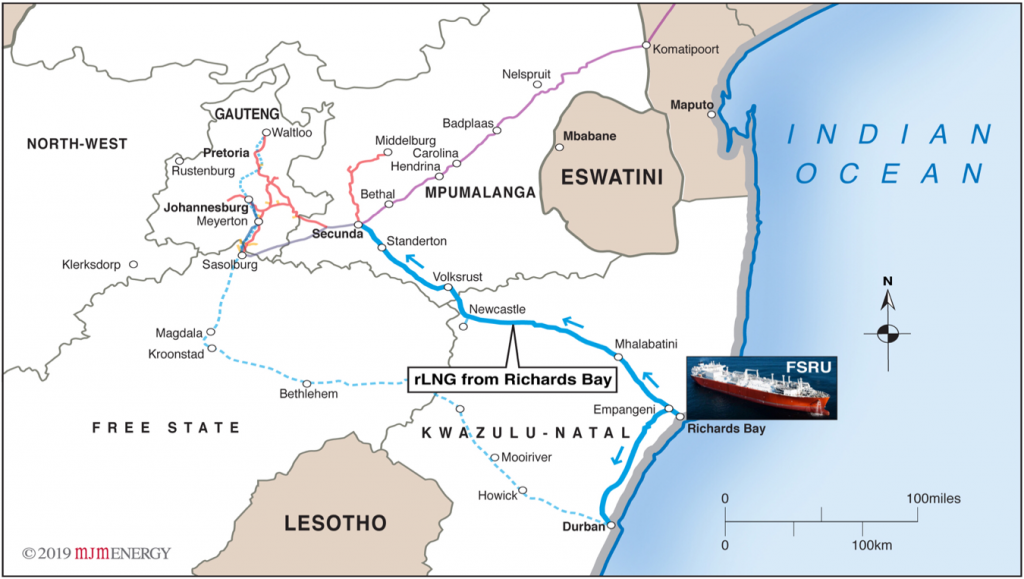 In relation to the development of the FSRU MJMEnergy explored the following areas.

The design of an Open Season Process – In order to establish the demand for capacity in the FSRU the Project Team developed an Open Season Process that allowed the LNG project to communicate the availability and cost of capacity, and for potential users to commit their need and willingness to pay.
A typical Open Season methodology is one which facilitates the exchange of information, between the Operator and the market and vice versa. Once information has been exchanged between the parties, their respective commitments move from non-binding demonstrations of provision and interest to binding purchases and provision of actual FSRU services.

An important aspect of facilitating the Open Season process is the development of a terminal allocation methodology, which identifies the services being offered, and presents them to potential Users in an open and transparent way. Key aspects of this methodology include the identification and definition of the services, the rules associated with using those services, as well various mechanisms for managing the allocation of services whether over or under subscribed.

The regulatory implications of the FSRU – In addition to identifying the need for the LNG import terminal capacity the Project Team also explored the regulatory implications of the terminal. This work included an overview of the existing regulatory regime exploring how the existing framework would influence the tariff associated with using the LNG import terminal.
FSRU tariff methodology – In addition, this work also explored the different approaches to FSRU service tariffs that might be used by a terminal allocation
methodology. An important aspect of this work is the recognition that an LNG Import Project may not simply be offering bundled FSRU storage space and regasification capacity, (since in some cases Users may only require LNG storage capacity and truck filling capacity), and that a more complex menu of services may need to be offered.

Location of FSRU – The Project Team also explored the technical, commercial and operational implications of locating the LNG import terminal at a variety of locations around the coast of South Africa.

Key conclusions in relation to this work

The Project Team were able to conclude the following in relation to South Africa.